A stormy night; a hit and run and Stephen Porter unleashes a train of events that delivers him—and his family—into the clutches of a terrifying dark magician…

… whose magick works through the medium of blood – and the innocence of children.

Stealer of souls, shapeshifter devil, how can he be defeated?

The answer lies in the memories of Jonny Sorrell, a teenage boy who has no idea they form the key to ending Rook forever.

The question is, will he realise in time?


Exhausted, desperately seeking sanctuary from a terrifying partner, Emma arrives in the pretty English village of Flammark. But she cannot rest. A strange sleeping sickness stalks the village, and a young woman has disappeared. Why won’t the police investigate? As events unfold, Emma becomes embattled yet again, compelled to fight for her life, against a deadly curse linked to a past about which she had no knowledge. She is the only one able to vanquish the evil, but doing so will entail confronting an horrific and all-too-familiar enemy.

Second in the Flammark Series OUT NOW!

… or whether she wants Westen to be part of it.

And what about the earth tremor that came from Seely Tor?

Something is not right in the under-Flammark, something that’s about to arrive which is far deadlier than the spirit she and her friends battled last year.

And one of them has changed …

A sprawling, brooding edifice of weather-ravaged stone and brickwork, the architecture of  The Sigilhouse is quite surreal, possessing a juxtaposition of styles which defy logic and taste, and yet which coalesce into a form which seemingly could not be otherwise. It is tucked away somewhere deep in the British countryside where it is exceedingly difficult to find. In fact it may be impossible to find should The Sigilhouse not wish to be found.

How can a house ‘wish’ or ‘want’? There are many infamous houses which exhibit sentience of a kind. Shirley Jackson’s Hill House, of course. And Stephen King’s The Overlook Hotel  and Rose Red, to name but a few…

Photographed in 1899, allegedly by Lord Boleskine.

However, the personality of The Sigilhouse, though dark, is not malign. True, it jealously guards its secrets (the last person to try mapping its labyrinthine interior has yet to return from its halls) but it accepts and rubs along with those who show it respect and/or amity. 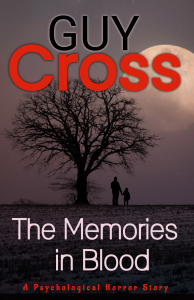